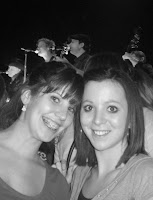 I’m gonna have to say that Dierks Bentley definitely put on a better show this time around in Pullman than in 2005 (though, of course, I had an amazing time at the first show). Despite annoying girls in front of us who didn’t pay for front row tickets, Abbey and I had a great time in the front row. Had we known more of Bucky Covington’s songs, we probably would have enjoyed his show more, but he did good as well. Not much else to say except that Dierks is sexy as hell and thank god Abbey had her camera there to take pictures of his ass for me.

This picture is one we had the girls behind us take while Dierks and his band were doing their little bluegrass bit, which turned out pretty cool. Neither Abbey or I really liked the picture at first but I had the bright idea to make it black and white and it turned out to be a good one. It was also one of the first pictures I had with my new haircut.
Below are some more photos – though not all of them, just the ones I particularly enjoy. 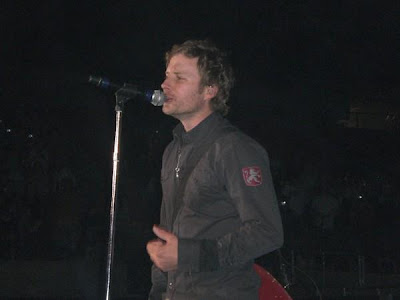 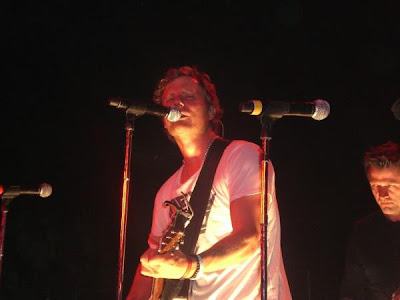 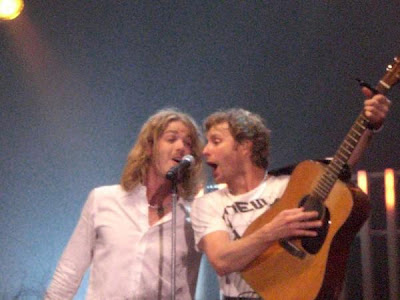 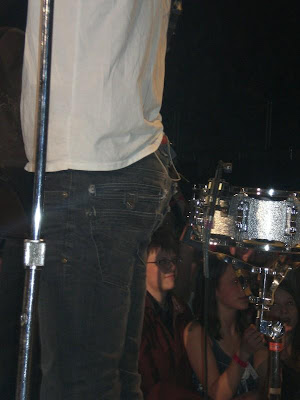